We have had such low interest rates over the past decade (until recently) — partly because new capital formation has been plentiful. This article will explore the thesis that during the coming decade, capital will become much scarcer, contributing to a higher interest rate environment for the coming decade. While this article, due to its brevity may oversimplify the situation, I will first deal with one very major reason why the supply of capital will suddenly diminish, and four reasons why demand for capital is likely to increase. This intersection of lower supply and higher demand could see a significant market shift towards higher interest rates.

A large part of capital formation in any country comes from individual savings, which depend heavily on demographics. Youngsters usually borrow until their early 30’s. Beyond that age, they save increasing amounts. By the years before retirement, they typically sock away as much money as possible. The savings rate accelerates from early 30’s as — age progresses– until approximately age 65. Then it’s as if someone flicked a switch: upon retirement a person stops saving and begins drawing down savings. This is true not only on the micro level but also on a macro level. Like the proverbial pig moving through the python, the demographic bulge of baby boomers has worked its way through to retirement to create a demographic cliff: there will be a record number of new retirees in the coming years who will suddenly begin drawing down savings.

Four trends that are likely to increase demand for capital:

As the size of the working population decreases in relation to total population, fewer people are available to fill open positions, leading to higher wages. This provides increased incentive to substitute capital for labor. The economy shifts to being more capital intensive.

Until recently, there was an exodus of manufacturing from the US and Europe to Asia, Mexico, etc.—especially to China. In the recent past, due to national security concerns and fears of disruption, much of foreign investment in China is relocating to places like Viet Nam and India.

Improvements in automation, sensors, process automation, artificial intelligence, internet of things, etc. means that less labor and more capital is required to produce many goods, as well as a much more highly qualified workforce, creating a trend towards manufacturing in North America and Europe. This reshoring and retooling of plants also requires vast amounts of capital. For example, tens of billions of dollars are being spent just to create chip capacity in the US.

As can be seen from the chart below, global military spending as a percentage of GDP has declined dramatically over the past decades. Since the Ukraine war, China’s threat to invade Taiwan, ongoing instability in the Middle East, etc., there this trend is likely to reverse. 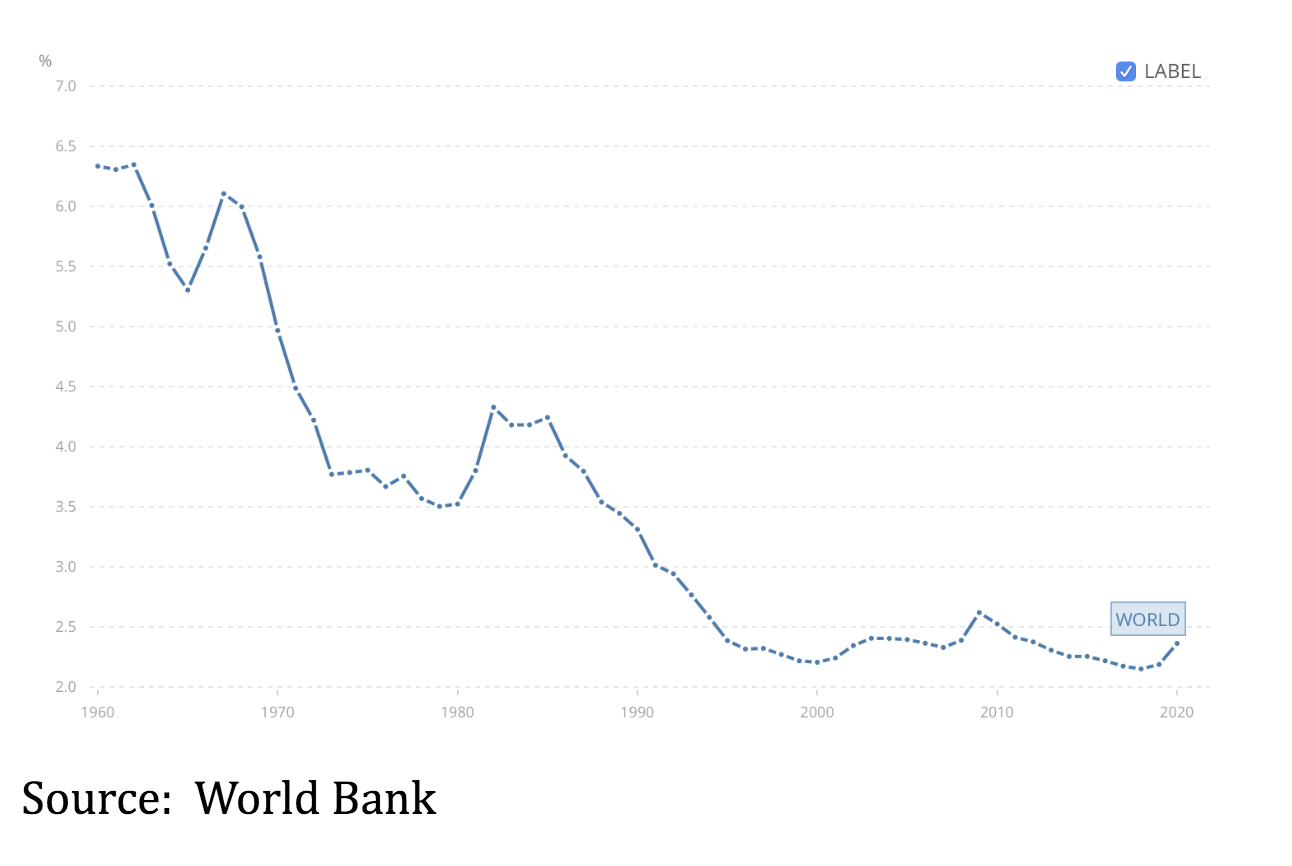 The cumulative effect of the above will likely shift curves for both supply and demand of capital to cause higher interest rates in the coming decade.

Since the 2008 Great Financial Crisis there has been so much manipulation of interest rates by Central Banks (QE and QT)– we seem to forget that supply and demand for capital—ordinary market forces—help determine interest rates. Market manipulations of Central Banks extol a price. For example, QE has contributed to inflation and misallocation of capital spending (what the Austrian school calls malinvestment). Hence there may be a limit to manipulation: a large shift in demand (caused, for example, by a loss of confidence in fiat currencies) may cause bond markets to override a Central Bank’s effort to determine interest rates.

This article does not claim that supply and demand will inevitably push the cost of capital higher; however underlying market forces seem to point in that direction. There are many other forces– Central Bank manipulation, tax policies, economic cycles, technological developments, etc. that may create (at least temporary) surprises.
Back