Our last article was on the subject of Mergers & Acquisitions, which came to the conclusion that M&A appears very robust over the past few quarters in Central Europe.

The same conclusion may also be reached for Venture Capital (VC).

Europe-wide, the volume of financing has increased steadily over the past decade: 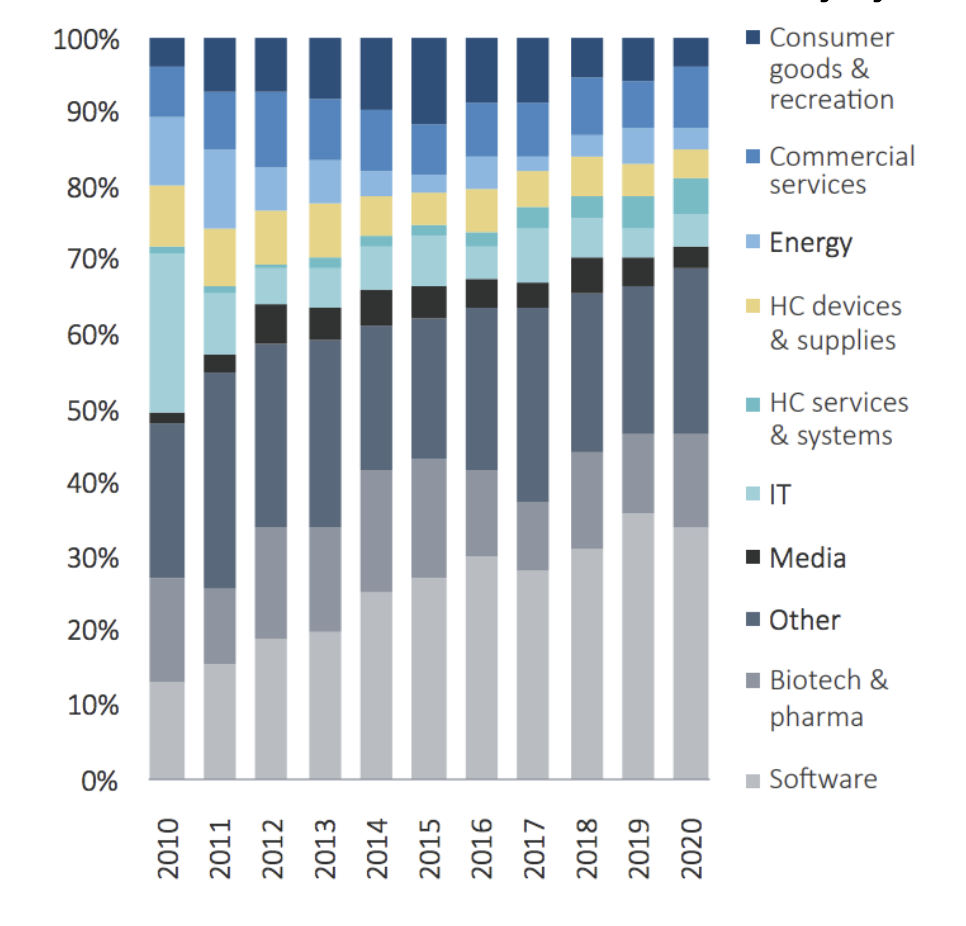 VC activity is fairly well spread among Western European and Nordic countries, with only 2% of European VC activity emanating from Central Europe:

Exhibit 3: Percent Share VC Deal Activity in Value in the region Europe in 2020 3 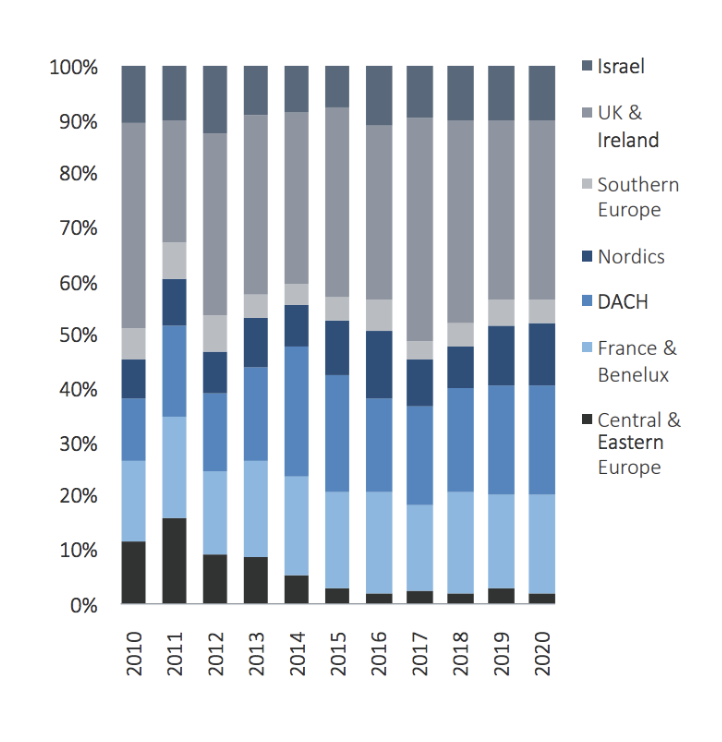 Despite the small numbers, there has been a steady increase in VC activity in Central Europe over the past decade:

As the chart below indicates, 2020 saw a major increase in VC activity, with Q4 2020 numbers (below) exceeding the annual 2019 number (above) by a wide margin, despite Covid-19.

Exhibit 5: Investment made in Venture Capital in CEE in 2020 (in EUR million)6

It seems that both the VC industry and the companies being financed learned to deal with Covid, thanks to Zoom calls and virtual data rooms. It will be interesting to see whether the most recent wave of the pandemic will cause any setback in VC financing during the first half of 2021.

It seems that Poland was the dominant country in the Central European VC industry, thanks to its population. Estonia packed an amazing punch, way beyond its population, and Hungary ranked third:

Exhibit 6: Investment made in Venture Capital in CEE in 2020 by countries and quarter (in EUR million)7 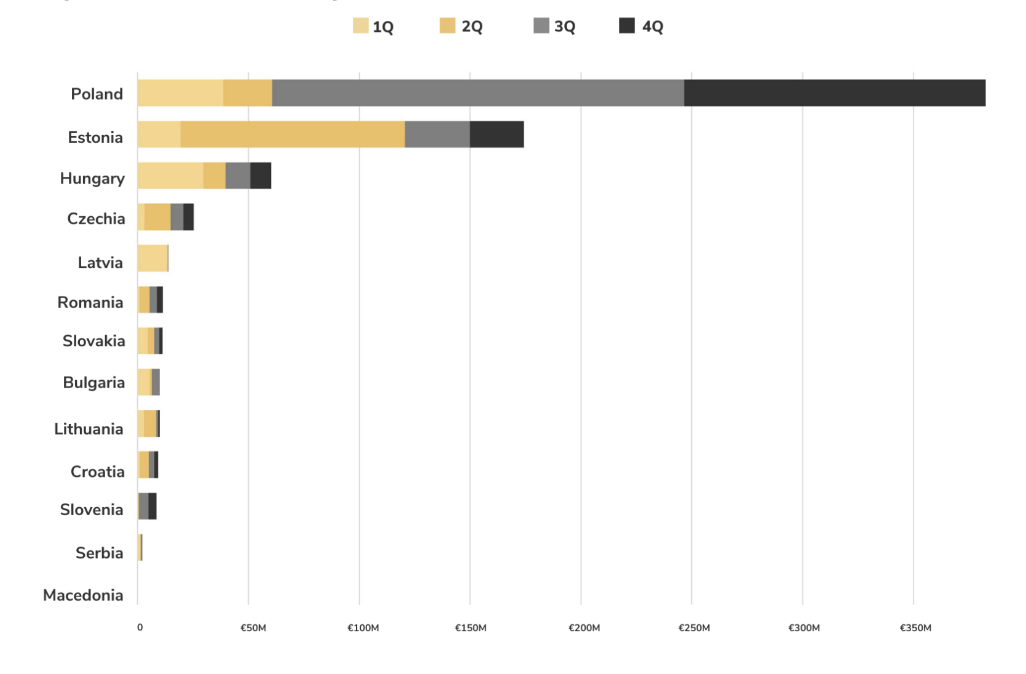 The Polish breakdown above demonstrates the dominance of Q3 and Q4 VC activity in Poland. In Estonia,Q2 was the strongest quarter.

Follow-on rounds represented over 90% of the overall value of European VC deals in 2019 and 2020. 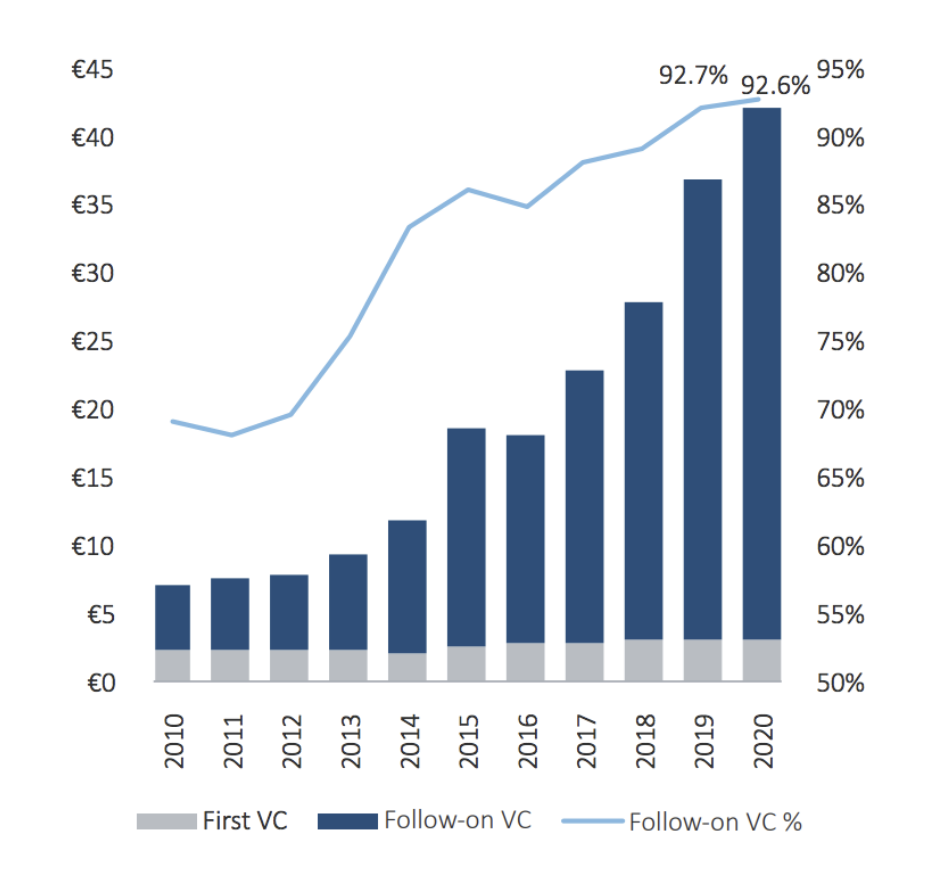 It seems that Covid-19 has not curbed valuations or round sizes in the European venture capital ecosystem.

It is important to note that investing in Venture Capital is very risky. As of 2019, European startup failure rates are around 90%. 21.5% of startups fail in the first year, 30% by the second year, 50% by the fifth year, and 70% by the 10th year9. Quite a few venture funds go out of business.

The chart below demonstrates that the VC industry generally brings higher returns than investing in equities, although this is presumably correlated to higher risk levels: 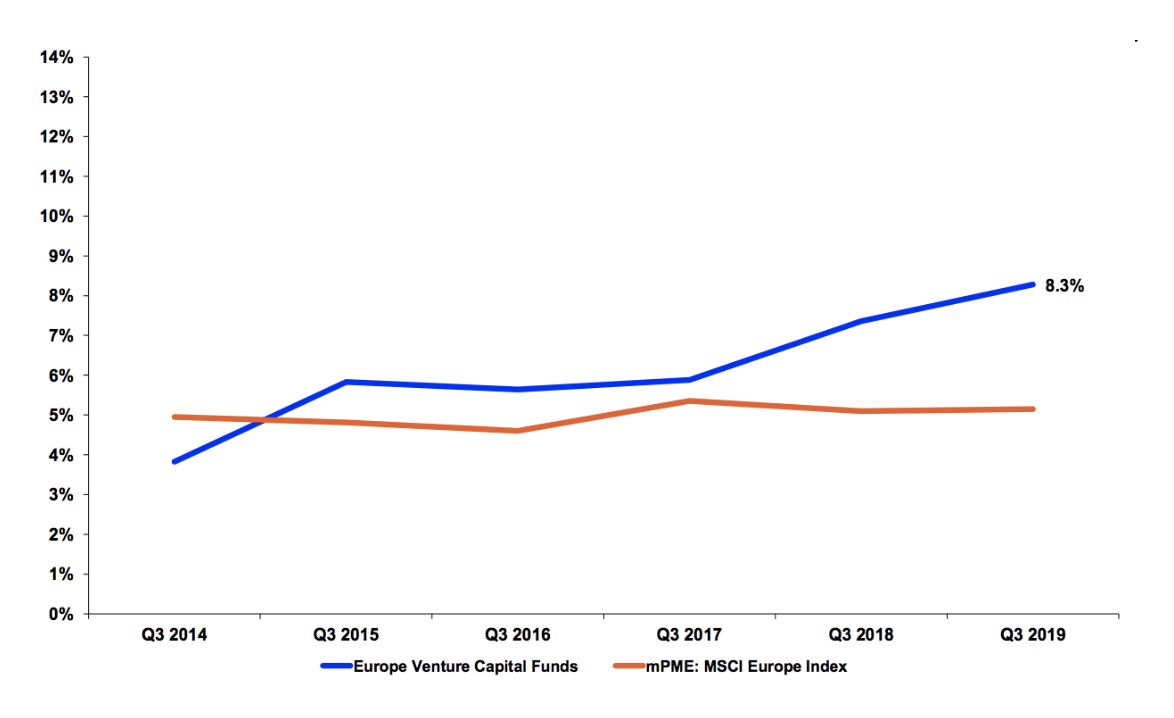 For those interested in investing into the VC space, there are at least three levels of investment: It is heartening to see the evolution of the VC markets in Central Europe. Every successful exit contributes to a class of new investors, the “smart money” that can help with subsequent start-ups, as well as a group of young entrepreneurs who would like to emulate the success.
1PitchBook This chart was prepared based on partial information of deal count being available for 2020, which is the explanation for the curve declining (based on actual numbers) while the estimated number of deals increased.
https://files.pitchbook.com/website/files/pdf/2020_Annual_European_Venture_Report.pdf
2PitchBook: https://files.pitchbook.com/website/files/pdf/2020_Annual_European_Venture_Report.pdf
3PitchBook: https://files.pitchbook.com/website/files/pdf/2020_Annual_European_Venture_Report.pdf
4Invest Europe/EDC: https://www.investeurope.eu/media/3225/central_and_eastern_europe_activity_report_2019.pdf
5Each company is only taken into account once, irrespective of how many stages of investments it received during the year.
6Vestbee: https://vestbee.com/blog/articles/vc-funding-in-cee-report-2020 – The data disclosed VC rounds that have been made public before the end of the year or provided. It does not include grants and transactions below €50k.
7PVestbee: https://vestbee.com/blog/articles/vc-funding-in-cee-report-2020
8Pitchbook: https://files.pitchbook.com/website/files/pdf/2020_Annual_European_Venture_Report.pdf
9Pational Business Capital and Services. “2019 Small Business Failure Rate: Startup Statistics by Industry”
10Pefinitiv – Europe Venture Capital Review br>
Back