Why you should pay attention to 10Y Treasuries going up by Les Nemethy, former World Banker, CEO, Euro-Phoenix Financial Advisors

So why is this so significant? First, it signals an increase in financing costs, not just of Government debt, but for housing, corporations, mortgages, etc. When there are such massive amounts of Government, corporate and individual debt, both in the US and worldwide, any increase in financing costs sucks oxygen from the economy. Just to put this into perspective, US Government revenues are USD 3.3 trillion per annum, and the US has some USD 27 trillion of debt and potentially USD 100 trillion plus of off balance sheet liabilities (pensions, etc.)1. Global debt has surpassed USD 270 trillion, some 370% of global GDP: 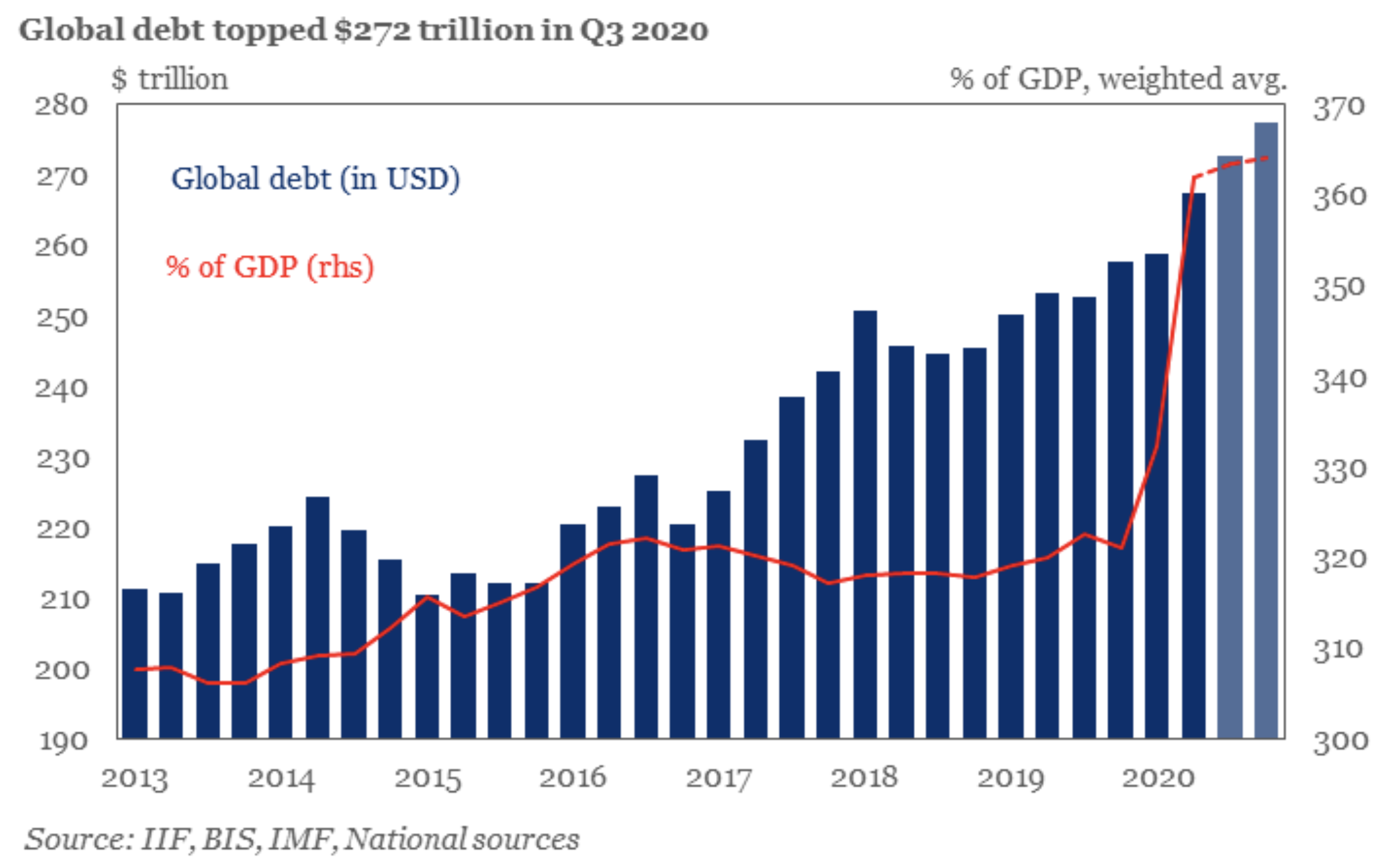 The second reason is that rising interest rates would affect asset valuations—which are exploding in the current market. The following chart shows how the S&P index is in record territory, by just about any metric: 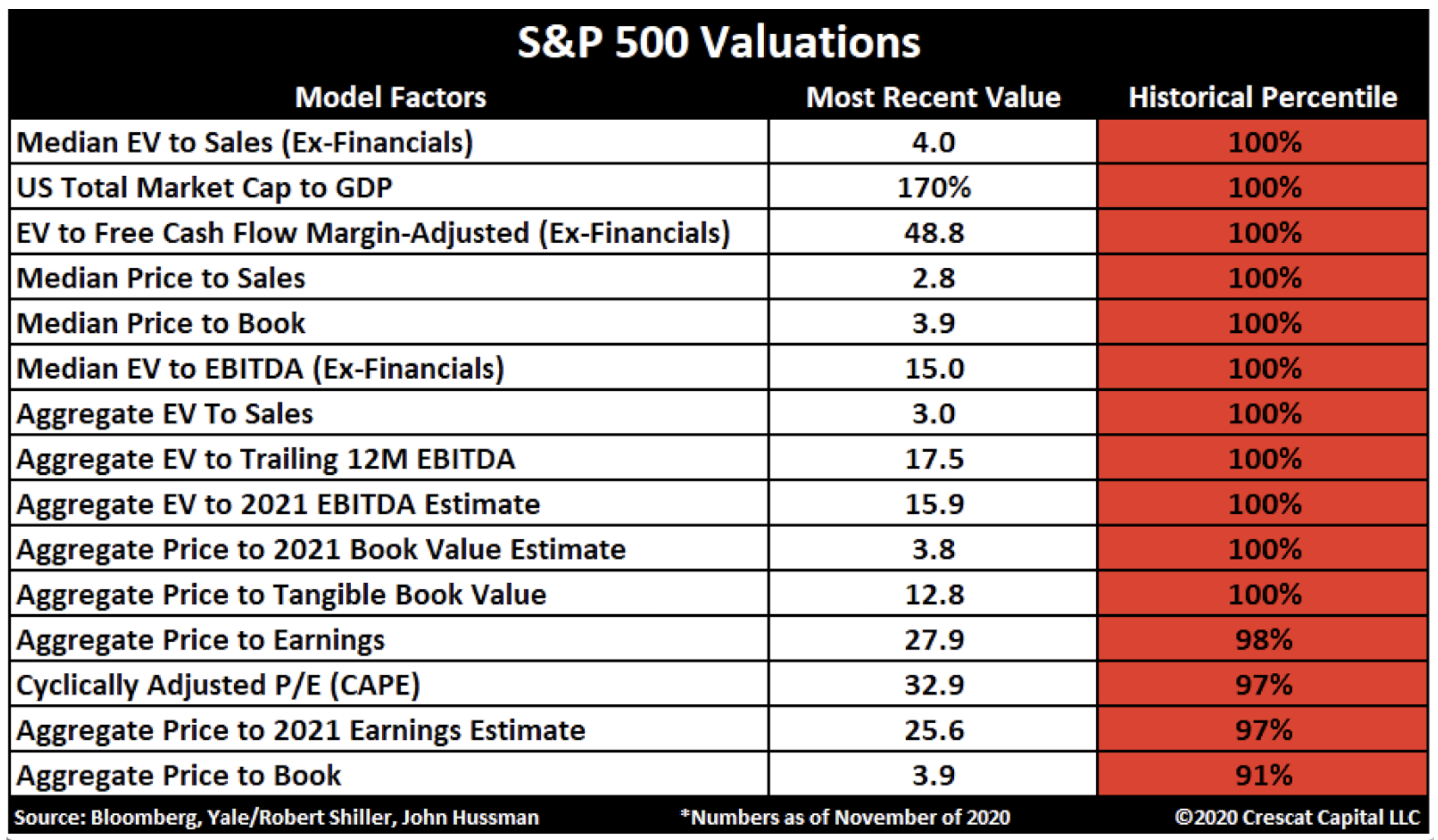 Other stock exchanges, both in the US and globally, are heading into similar record territory, as are various commodities, real estate in several markets, etc. The only possible justification for such valuations are the record low interest rates. As interest rates rise, valuations will become ever so more fragile. Markets may experience what I call a “road runner” moment: as the cartoon character runs over the cliff, he treads on thin air for a while; when he looks down, crashes. Third, one should look at the reason for the increase: increase in inflation expectations driven by a massive double whammy of record monetary and fiscal stimulus: 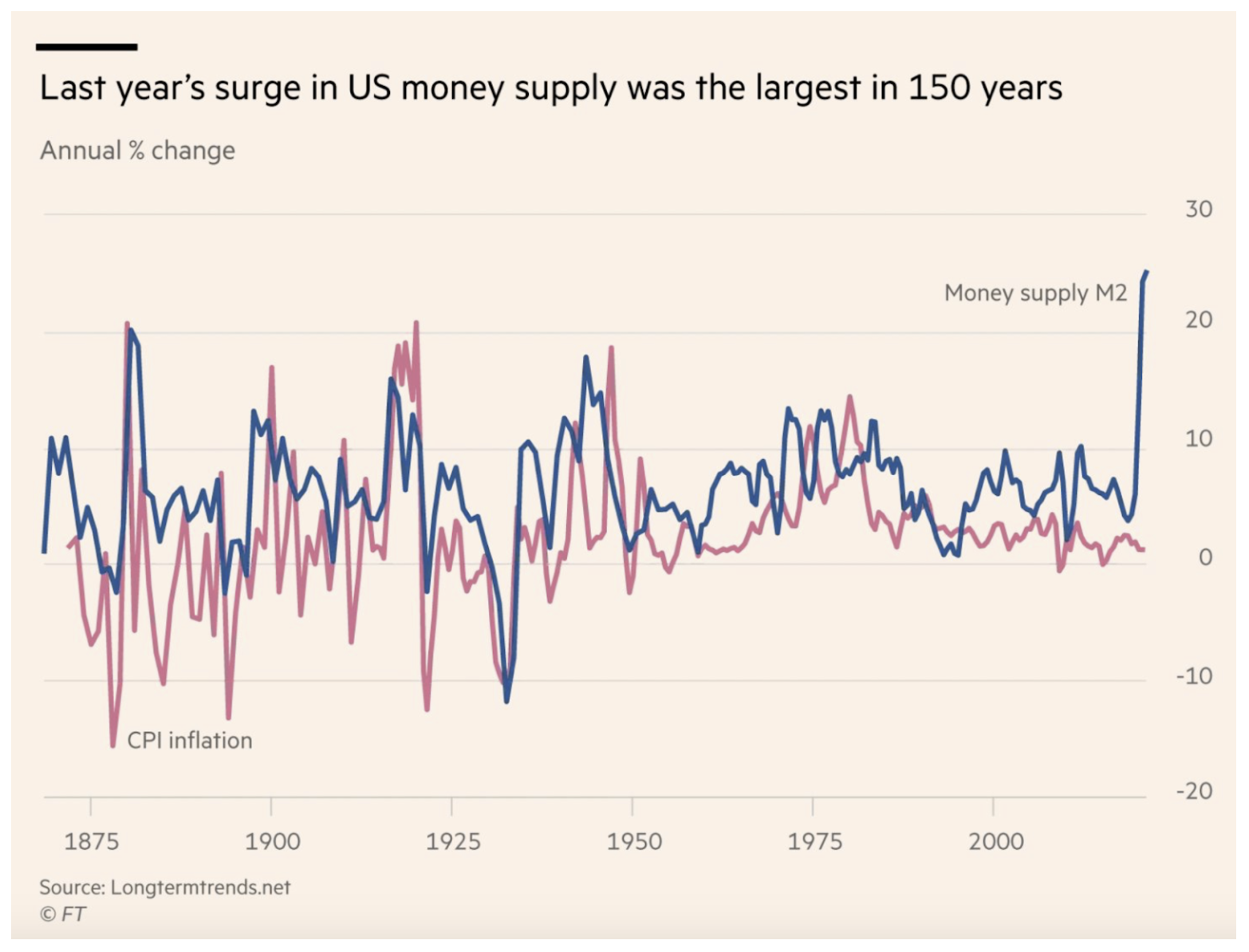 Monetary stimulus will likely be even larger in 2021. The Fed needs to refinance some USD 7 trillion in maturing debt this year, and will need to fund the USD 2 trillion stimulus program announced by Biden as well as many other new programs. Many market watchers (including one of my former blogs) have discussed how this is likely to feed inflation in the mid- to long-term, once we have the deflationary forces of covid behind us.

Should inflationary expectations, and hence Treasury rates, rise further, the US Fed will have one of two choices: crush the economy, or crush the dollar (and hence ignite US inflation). Let me explain. The above choice puts the Fed between a proverbial rock and hard place.

So what might investors do? I would suggest four things:

So if you have not done so until now, watch the Treasury yield curve, not only because it determines the cost of money, which financially fuels the world, but trends in Government bond yields provide a harbinger of things to come.

Note: do your own due diligence and discuss any investment decisions with your financial advisor before making any investments.
1https://www.macrovoices.com/guest-content/list-guest-transcripts/4017-2021-01-14-transcript-of-the-podcast-interview-between-erik-townsend-and-luke-gromen/file
1Ibid