The fewer the rights associated with the minority stake, the higher the discount. We will examine some of the factors that might affect the extent of the discount:

Firstly, statutes, articles of incorporation, shareholders’ agreements or bylaws may require a supermajority to approve certain actions. For instance, in some jurisdictions an approval of specific corporate actions as sale of assets or liquidation of the company may require a two-thirds majority instead of a simple majority. As a result, a shareholder with a one-third ownership interest in the company may block such actions (and hence have more value than without blocking rights, the discount depending on extent of blocking rights).

Secondly, the distribution of equity ownership has an important bearing on relative rights of shareholders. For example, if a company is owned by three shareholders holding equity interest (33.33% each), no one has absolute control, and no one is in a relatively inferior position to the other two. (Neither of the three shareholders may have a control premium in such a case; if there is a pattern of two shareholders voting together, the shares of the third shareholder may nevertheless have a discount).

Thirdly, variation in minority discounts may result from “differences in the extent to which the minority stockholders are economically disadvantaged”1.  Basically, a company is well run, and all shareholders receive the same pro rata returns to capital, then the minority discount will be less.

Trustworthy statistics on the size of minority discounts are scarce. While every situation is specific, and depends on the individual facts of the situation, the following chart may provide some very general “rule of thumb” guidance:

Exhibit 1: What discount do you apply in valuing a minority interest?2 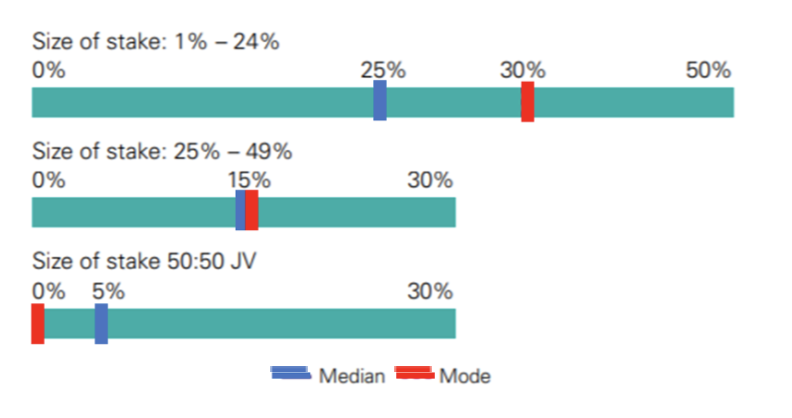 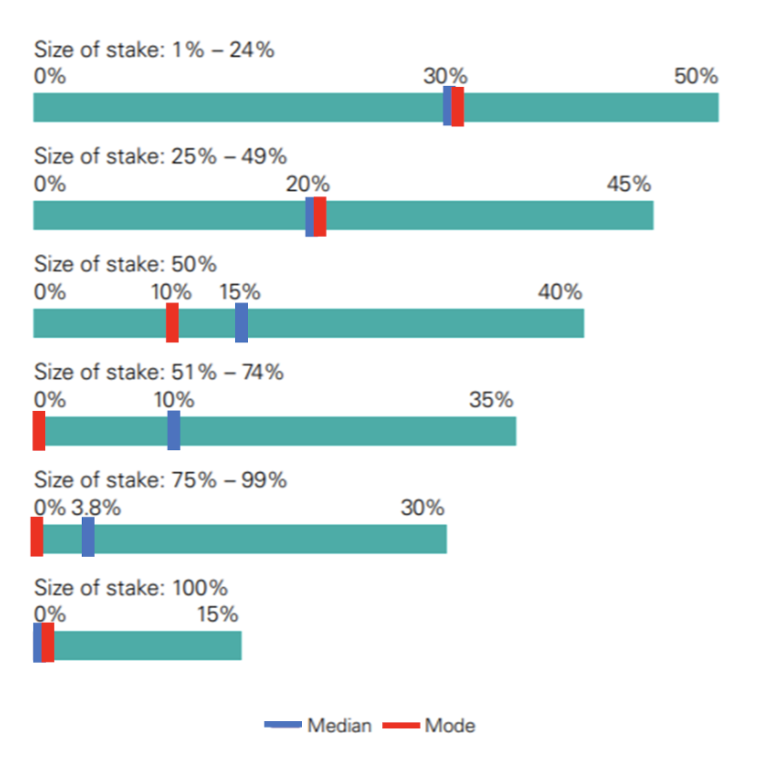